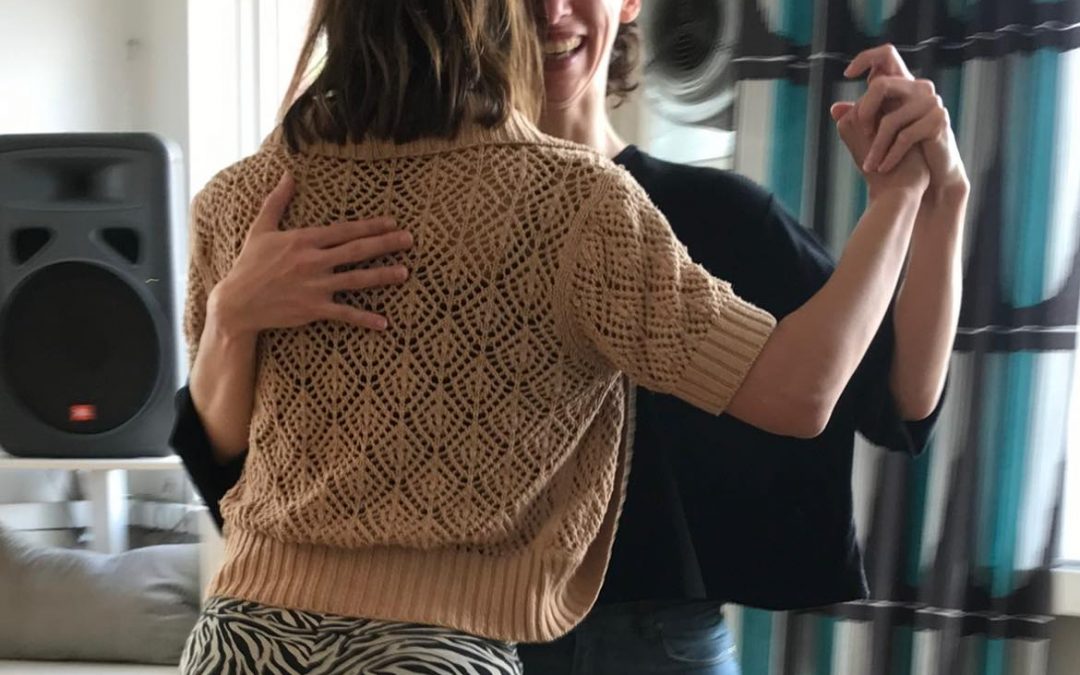 Double role dancing is gradually developing since the Queer tango movement started in 2001 in Hamburg where the first gay-lesbian milonga was organized. If the term queer is commonly used as a synonym for the LGBT (lesbian, gay, bisexual, and transgender) community, in tango it is used to characterize gender-neutral dancing, where everyone can lead and follow and same-gender dancing is normalized. Nowadays, the gender balance in the social environment is reversed compared with when tango started and bloomed during the golden age. Often, the interest in social dancing is higher for women than for men and this creates a high competition at the milonga. It is also somewhat a reaction to the traditional tango environment which can be experienced as too competitive, too proud, and leaving little room for authentic vulnerability.

Why? Because it is double amount of fun! It opens new possibilities in the dance in terms of emotional and physical connection. It supports the development of an holistic understanding of the dance. Last but not least, it empowers women and question the gender norm in tango.
Find below our coming workshops and collaborations with Tangoqueerer, Malin Backström, Henny Stridsberg, and Annika Pahlén. Join us to dance double role and share the joy of tango!